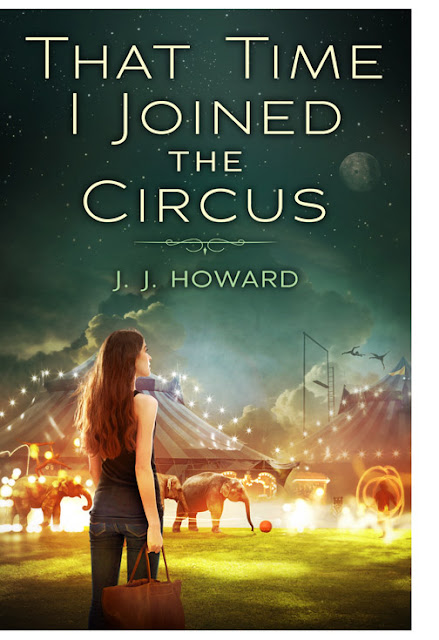 Usually, I write a whole bunch and THEN find a picture, but today is special…I’m psyched to be able to share the amazing cover art for my debut, THAT TIME I JOINED THE CIRCUS!

Getting the cover makes the whole thing seem much more real! J 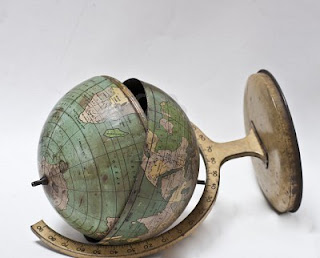 According to Wikipedia, which my students all claim is a super-credible source, a dystopia is: the idea of a society in a repressive and controlled state, often under the guise of being utopian.

I have read no less than twenty of these books in the last little bit, and in each one there’s usually one major crack in the foundation of the world, including: a bloodthirsty Capitol (need I say more?); love’s been excised from people’s brains, everyone dies in their early twenties; no one dies and young people are illegal; teens have to go live in the woods and learn to defend Canada or something. What’s with all these broken worlds? Why do they speak to teens? Heck, forget about the teens for a second, why do I keep reading these things? Because I just bought another one about some sort of crying disease that’s killing everyone.

The drama queen in me says I already live in a repressive and controlled state. My life is governed by bells, which ring at set times, and must not be disobeyed. I eat my lunch, while working, out of a brown bag, and then when I go home I have more work to do.  Since a lot of my students work at lunchtime too, this description applies to them as well, though I do get to sit at a bigger desk. So maybe dystopias simply take a semi-familiar setting and amp up the stakes.

I think we respond to these increased stakes most of all, because we as a culture often lack a true sense of purpose, in our education and in our lives. Just this past year, I think I accidentally broke some of my best students. We read Neil Postman’s The End of Education: Redefining the Value of School. (If you are a teacher you should read this book—seriously.) Postman’s main thesis is that there is no longer any true sense of purpose for education. When America was younger, there were what he calls gods which inspired us, chief among them was one he called The God of Economic Utility. This god’s tacit promise was that if we work hard in school, we will be rewarded with a well-paying and secure job, perhaps even one we enjoy. Beginning with my generation in the eighties, this god fell on hard times, along with the rest of us, and I think we all now realize that this promise is not one that’s always kept. One of my students who has always stayed up half the night to complete her work flawlessly, for years, sat in our discussion after reading this book and asked, “Why did I do all that? What was it all for?” But much as I hate to be the one to pull back the curtain, I do think it’s better than living in the dark.

Postman discusses other past inspirations for learning, including a true sense of civic responsibility and a feeling that we have a voice in the direction of our government. Obvi, these ideas are toast too. Part of the problem is doubtless growth—as our nation gets bigger, each of us has a smaller share of voice in how things run. But I think kids are savvy—even those who don’t get stuck in my AP Language class realize, if only on a subconscious level, that they are working hard, but don’t really even know what they’re working for. (I speak here of the kids who still work hard in school, who are also probably sharing the part of the Venn diagram that includes the YA readers.  I’m glad these kids are reading anything, but I love the idea of dystopias because they are A)more accessible and widely read by teens than Neil Postman and B) I think they accomplish some of the same effect: waking us up, helping us to not lead unexamined lives, stuck on our treadmill of work and preparation for an uncertain future. The best, and scariest of these books, I think, is M.T. Anderson’s Feed. Anyone who thinks that teenagers are not capable of receiving a cautionary message aimed right at them should give a teenager a copy. Most of them get it, and they look down at their cell phones and tablets with horror—wide awake, at least for a moment, to the path we are all on.

When I feel a little trapped by the bells and the doubt, wondering what I’m actually accomplishing and what kind of world I’m getting my students ready for, books like Feed actually give me hope. I don’t know what the future will look like. I hope it’s not completely broken and doesn’t feature reapings, feeds, or zombies*. But I know that the readers will be a bit more prepared for whatever the future brings, because they are thinking—not just about what they have to do to put a roof over their heads, but about why we are all here. I think it’s important that at least some of us stay awake to ask those kinds of questions.

*I’ve taken several quizzes online. I know the odds aren’t in my favor in the event of a zombie apocalypse L
Posted by J.J. Howard at 9:13 AM No comments:

So today I’m thinking about the importance of a shiny surface, for a couple of reasons. The cool one is that I got my first peek at my cover art (it’s so awesome!). The embarrassing one is that I was watching The Celebrity Apprentice last night, and Miss Universe finally got fired. (I’d like to blame my roommate for making me watch this show, but the truth is, she just got me to watch the first one. I’ve been a willing participant in the reality TV time suck ever since). So for those who only watch fancy shows like Downton Abbey or something, this Miss Universe person was pretty thick. On the final challenge she asked the musicians composing a commercial jingle to make it more “yellow or pink.” For weeks on end, she’s sat in Trump’s boardroom* and rocked some truly impressive cheekbones and the air of a wounded yet confused baby animal. Though she had a charming way of murdering the English language (she’s from Venezuela) she pouted when she didn’t get to be the announcer or the MC on a challenge. She only wanted, she said, to give one hundred and ten percent (proving that the U.S. is not the only nation to fail utterly at teaching young people what a percent actually is). This whole pretty/victim thing worked for her while a lot of seemingly (much) smarter and more talented people got canned.
That girl is going far on the strength of a very shiny surface, which I guess is nothing new. I was on about Pride and Prejudice last time, and even in that world, Lizzie at first preferred Wickham because he was handsome and engaging. Young lasses in today’s romances don’t fare much better. In fact, I’d argue, some of them are making out much worse. That’s right, I said it. Two hundred-plus years on, we’re now dealing with Bella Swan and her obsession with her 104-year old boyfriend (husband, stalker…semantics). That’s right, he’s so old, I don’t even have to spell out his age. Shouldn’t this be, I don’t know, disgusting? 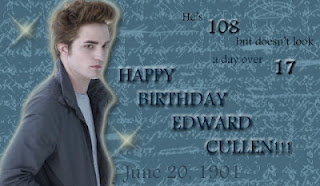 But wait, he looks like a seventeen year old. So it’s all cool.
Or is it? I mean, think about it. He’s a hundred. And four. All of him is that old, no matter what he looks like. And oddly enough, I don’t know if there’s ever been a romantic hero who had a more old fart fuddy-duddy personality than Edward Cullen. “Oh, do stop ravishing me. Alas, my virtue! Please stop fondling me now so that I may continue reciting Shakespeare and listening to Debussey with my eyes closed!”
That girl’s in love with a fogey, and no mistake. What about Bella’s TV spawn, Elena from The Vampire Diaries? She’s got the hots for two majorly old dudes, though in fairness only one of them has the soul of an old fart. The other one, Damon, looks great (he also looks thirty five, but that’s a whole other issue). But he’s a stone-cold killer—and not just in a vampires-have-to-eat sort of way. He’s got this habit of ripping people’s actual hearts out. But he’s handsome as hell, and he loves at least one person, so we root for him. At least these dudes don’t sparkle in sunlight.
Of course, there are a lot of other books out there about smart girls who are just everyday pretty or even almost-plain, smart girls who read books and have ideas, written by slightly older girls of similar physiognomy and inclination. And then we have the ass-kicking girls, but that’s a story for another time.
Sometimes we have inspiring book girls that lose a little something in the translation to the screen. Hermione muddled through the first few years at Hogwarts with frizzy hair and buck teeth, but when she showed up at the multiplex, she was a future Burberry model. And consider, for many young ladies, as I lamented last time, the movie version is the only iteration of Hermione Granger that they will ever get to see. But, at least Hermione was in an age-appropriate relationship with a boy who looked—and acted—like a young guy.
Hooray for Ron Weasley. He may be a bit of a git sometimes, but at least he’s not a hundred. 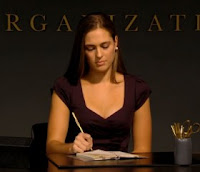 *If I ever make it really big, I mean, like I marry an oil baron or accidentally discover the next Facebook or something, I’m going to be just like Donald Trump and employ someone, full time, to sit outside my office with nothing but a tiny notebook and gold pen, and she will not be allowed to do anything but doodle all day long, just in case an important call comes in for me, or I feel like summoning someone without delay. She will have fancy gold scissors as well, in case of a cutting emergency.