First I know I need a really unusual name for my heroine. The last time I was book shopping I saw some great ones—I especially remember there were two Americas. So I think I’m going to go for the name Canada. Either that or Voltage.

So now I need a seriously dire situation for Canada/Voltage to be in. I know for a fact that Barnes and Noble has a whole section of Teen Paranormal Romance. I want Barnes and Noble to sell my Trilogy (maybe I should do the Stephenie Meyer thing and do a Quadology. A tetralogy?) Anyway, so Canada could be in love with a supernatural creature.

Okay, so Canada falls in love with a mutant. What can he do?

I guess that last one’s not really a mutant power, but if that nine-year old kid can write a dragon story (trilogy!) how hard can it be? Okay, so Canada falls in love with Seven (I’ve read a lot of books recently with boys named after numbers, and Seven is a very significant number).
Canada and Seven will face many obstacles. Now I need to make a list of obstacles.

Making a list of obstacles is hard. Since this idea is already super craptastic, I think I will go ahead and combine my story (working title: Canadian Fire!) with a couple of really terrible television shows.

The worst show I’ve ever seen is Toddlers and Tiaras, but I’m not sure how to combine that with dragons and stuff (and I’m pretty sure reproduction and/or child explotation is a no-no in YA). How about The Bachelor? That’s a pretty terrible show.

Except there’s already a parody of The Bachelor called Burning Love online, so now I need to change my title. Maybe I should go back to my second choice girl’s name ‘cause it’d make a cool title.  So here’s the pitch: 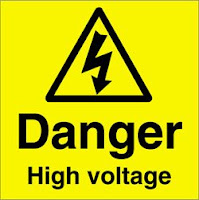 Seventeen year-old Voltage Cassidy has always been on the outside looking in. When her parents died in a freak sunbathing accident, Vo was orphaned, and sent to live with her tyrannical Aunt Maru. Vo’s been counting the days until she can graduate and go off to work in the magical hinterlands. What Vo never counted on was being picked to go to the Palace of Argon. Each year, ten young girls compete for the hand of the hottest young dragon hunter in the land. This year, it’s sexy yet dangerous Seven Monroe. Vo has no interest in the haughty young slayer. But when the two meet, unexpected sparks fly. Can Vo resist Seven? Together, can Vo and Sev protect Canada from a mutant dragon army? Cram-packed with familiar story elements and a surprising lack of grammatical mistakes: Voltage!

Reforming Rakes and The Thirst Olympics

At this moment, there is a meeting somewhere in book world (probably more than one) and they’re talking about the e-book revolution and how the top four slots on the NYT Bestseller list are all taken right now by a book that was once free online, written by an author who crashed past the gatekeepers with, of all things, fan fiction. Fan fiction with an added, shall we say, element…after all, it’s all about the hook. 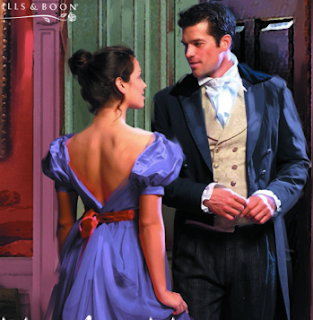 I read the first one out of curiosity, to see what all the fuss was about. I then accidentally read the next two. They’re not really my cup of tea, on the surface. I realized after I bought the second one (on my e-reader, of course) that this story was just a new, more modern shade (see how I did that ;) of a theme I’ve read over and over in romance novels. Actually, this theme is most common in my other most shameful reading addiction: the Regency Romance. If you’re unfamiliar with these books, the deal is, the setting is England 1800 to about 1820. The books are usually very chaste, heavy on the Austen-era details, and every single one of them retells a version of one of about four stories. The most common is the reforming of a rake.
A rake, for those who are less nerdy than me (so, for pretty much everyone) is a man who doesn’t have any feelings. He flaunts his disregard for society’s rules, he sleeps with licentious widows and fallen women, he gambles, he (gasp) duels. He’s rich, handsome, and pretty much a bastard. Until The Right Girl comes along. Only for her does his tiny little Grinch heart start beating. Only for her does he show his true, gentlemanly nature. Once T.R.G. comes along, it’s not long until we’ll be hearing wedding bells and buying baby gifts.
This story is pretty much the ultimate female fantasy. This guy’s manly and untamed and he’d punch out a guy for looking at you on the dance floor. But with you he’s sweet and gentle. The thing is, it’s just that: a fantasy. In real life, sadly, when a guy is a jerk, he’s a pretty much…a jerk. No girl, no matter how much she loves him, is going to change him. You can’t fix people. You can be there while they fix themselves and be supportive, but that’s not really what these stories are about. I’m sure love can sometimes be the catalyst for personal growth and change, but again, that’s not really the fantasy.
These rakes/troubled CEOS/vampires are also control freaks, crazy jealous, and sometimes stalkers. It’s usually a troubled past that led to their Grinch-heartedness in the first place, so the tortured soul thing comes out in their relationships. These T.R.G.s wind up talking their men down from a ledge when another man asks them to dance or gives them a hug. Or they get sleep-stalked and wake up to find the guy’s been sitting there watching them for who knows how long. I guess none of them snore or drool in their sleep.
So the theme is recycled and so are the characters…hmm. The author is still earning an obscene amount of money each week. I’m wondering if the next big thing is going to be a dystopian world in which twenty-something adults have to enter their names into a lottery with terrible consequences…the heroine, Nat, will have it bad for an inaccessible guy who has no heart. Until the love of Nat, his plucky T.R.G, who can really kick ass with a set of throwing stars.
I think I’ll call it The Thirst Olympics.
Posted by J.J. Howard at 9:30 AM No comments: