The Fireworks are Symbolic

I used to love going to my hometown’s huge community fireworks display, held at the York Fairgrounds. Almost everyone in town turned up for the event—they even had a live orchestra playing music timed to accompany the show. It was a memorable and fun way to spend the evening of the Fourth of July.

As an adult living in a home-fireworks friendly state, I’ve come to actively dread the Fourth of July, and not just because I don’t look quite the same in a star-spangled bikini as I did back them. No, it’s because home fireworks are hugely popular in Florida, at least where I live. I also have a small dog who will under no circumstances go (or make her business) outside while these things are going off. I can’t say as I blame her, actually. If that ruckus were in my bathroom I’d have issues too. I’ve had her for eight years, and it used to be okay. I just had to plan ahead, take her out a half hour or so before dark, and pick up the water bowl for the night. The sounds may have lasted a bit past my ideal bedtime on the Fourth, but no big deal. I’m all for celebrating America.

But each year the madness spreads. Much like Black Friday used to last one day and now begins somewhere around Halloween, the Fourth of July apparently now also includes June 30, July 1, July 2, July 3 (in a major way), and July 5. What was once an after-dark occurrence is now an anytime of the day or night free for all. I actually had to listen and wait for a chance to take my dog back out on the morning of July 1. At 8:15 AM.

I posted an angry FB rant about the pyromaniacal idiots who apparently needed so much practice operating matches that they needed to start three full days early. The shared virtual outrage was nice, but it didn’t actually solve my practical problem.

Here’s the thing, though. It’s not really about my dog. The fireworks are symbolic. They were once symbolic of freedom and the best of what it means to be America. But in recent years, at least for home use, they’ve been perverted into a symbol of something else—the worst of what it means to be America. Individualism is something I really believe in, but the older I get the more I don’t believe in individuals’ rights above everything else.

The folks I’m complaining about want to set off fireworks, at any hour of the day or night for almost a week. So they do. But what about the infants and young children who can’t sleep—and their stressed-out parents? What about the people with PTSD? It’s well documented that fireworks often trigger PTSD. There are many places online that offer signs that state Combat Veteran Lives Here—Please be Courteous With Fireworks. But the noise travels so far, how in the world would such a sign be any help at all? Much like cigarette smoke in a “smoking section”—the sounds of fireworks simply cannot be contained by a sign or the border of a property. There’s a sad irony to the fact that so many veterans may be upset given the reason folks are supposedly celebrating this holiday to begin with.

I also can’t forget, much further down on the list, fireworks also cause issues for so many pets that are afraid of them. More dogs and cats go missing on July 4 than any other day of the year.

So why are home fireworks legal? Because enough citizens of this great state like them. The ones setting them off for a solid week, during the day or very late at night do not seem to care about any of the groups I mentioned. But, I would argue, they should. In our current American cultural ethos, what I want to do trumps what other people may need. Every time.  But especially on a holiday that’s about celebrating the community of the United States, how we all came from different places but all live together, how about thinking about what’s right for your neighbors?

Let’s all meet together at our town’s community display. It’s bigger, nicer, and free. It’s better for your neighbors, your community—and your wallet. It’s also much safer. I’d really like to see America be about more than just who has the loudest toy. Freedom is wonderful—but unchecked by courtesy or kindness it’s just one big, loud, mess. 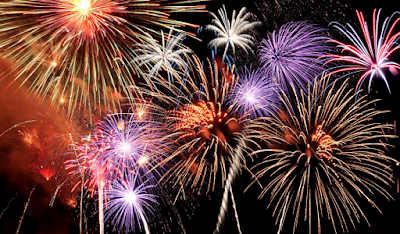